Caroline Fisher & Tony Peele moved to Wilmington three years ago to start their small business, Swahili Coast, which sells ethically handmade, fair trade accessories crafted by East African artisans. Their work supports promotion of workers rights and the creation of worker-owned cooperatives in the region. And they love being based in a thriving historic downtown—after years of dreaming, it all came together, a perfect fit.

When asked what Caroline loves about her home, it’s clear that she barely knows where to begin. With an affectionate sigh, she settles on starting from the bottom: “I really love the floors. Heart of pine doesn’t exist anymore, these trees don’t exist anywhere in the world. It’s pretty crazy.” She loves her yard, her neighbors, and it’s within walking distance of their two downtown storefronts. “As soon as downtown gets a grocery store, we’ll just sell our cars and never leave,” Caroline says, with only a small note of exaggeration.

Caroline and Tony’s home already had a plaque when they moved in, and they were given a small packet of the research findings. They loved learning about their home’s history. Caroline talks about its second owner, Robert Robinson Taylor, with absolute reverence: “He was the first black student to attend MIT, the first fully accredited African-American architect in America. His dad was enslaved, but apparently he was one of the people who designed and built the Bellamy Mansion.” 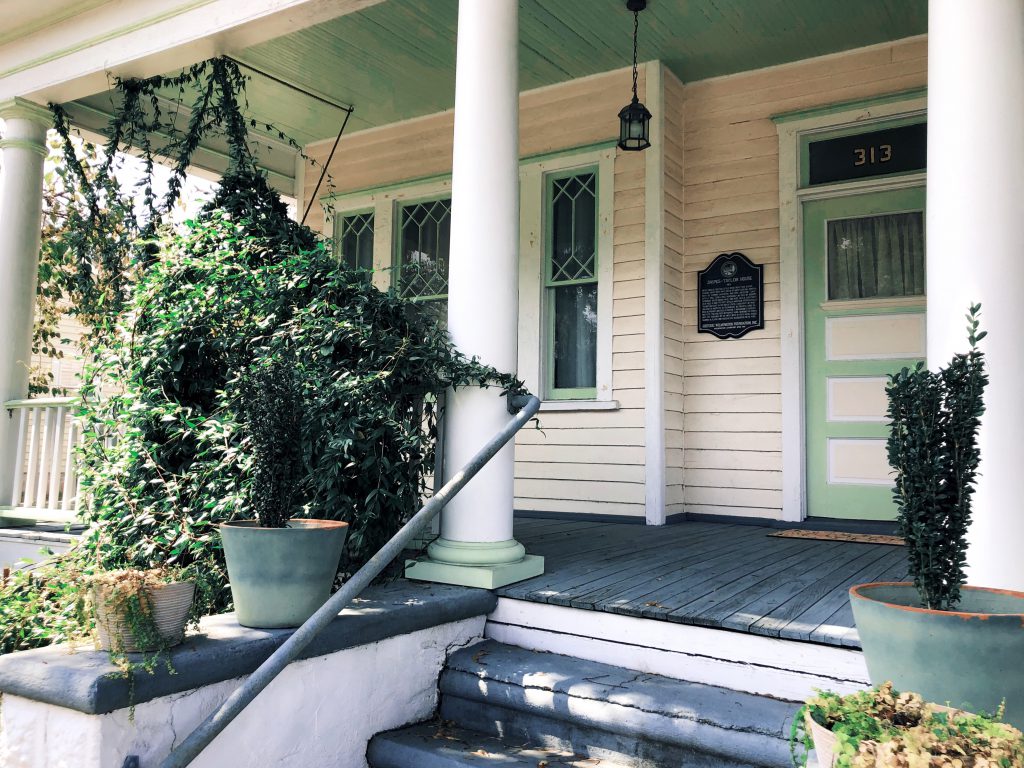 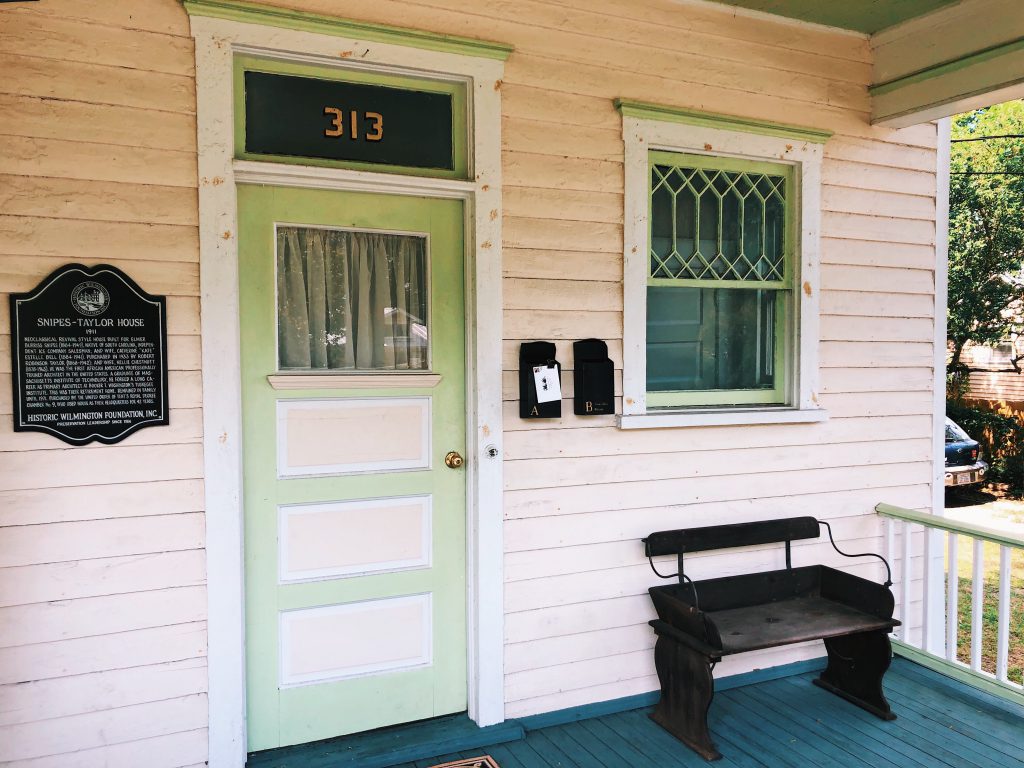 When we recently caught up with Caroline, Hurricane Dorian was headed towards the southeast coast, and Caroline was worried. It didn’t help that her husband Tony was thousands of miles away in Zambia and Tanzania, doing work for their business as well as Full Belly Project, a Wilmington nonprofit that designs and distributes innovative technology and resources to people all over the world, providing sustainable solutions to improve food security, better their health, and increase their income. So, she was weathering this storm on her own, frequently flashing back to Florence.

Last year, Caroline and Tony evacuated prior to the storm, anxiously checking for updates: “We found out the windows had blown out of our store on the news. So, that was really fun.” She clarifies, “Just kidding, it was terrible.”

Luckily, although nearly tree in their yard fell, none hit the house. They felt blessed, but they still miss their old walnut tree: “It was so beautiful. Sitting on the porch, you felt like you were in a tree house. But whew, it bit the dust.” 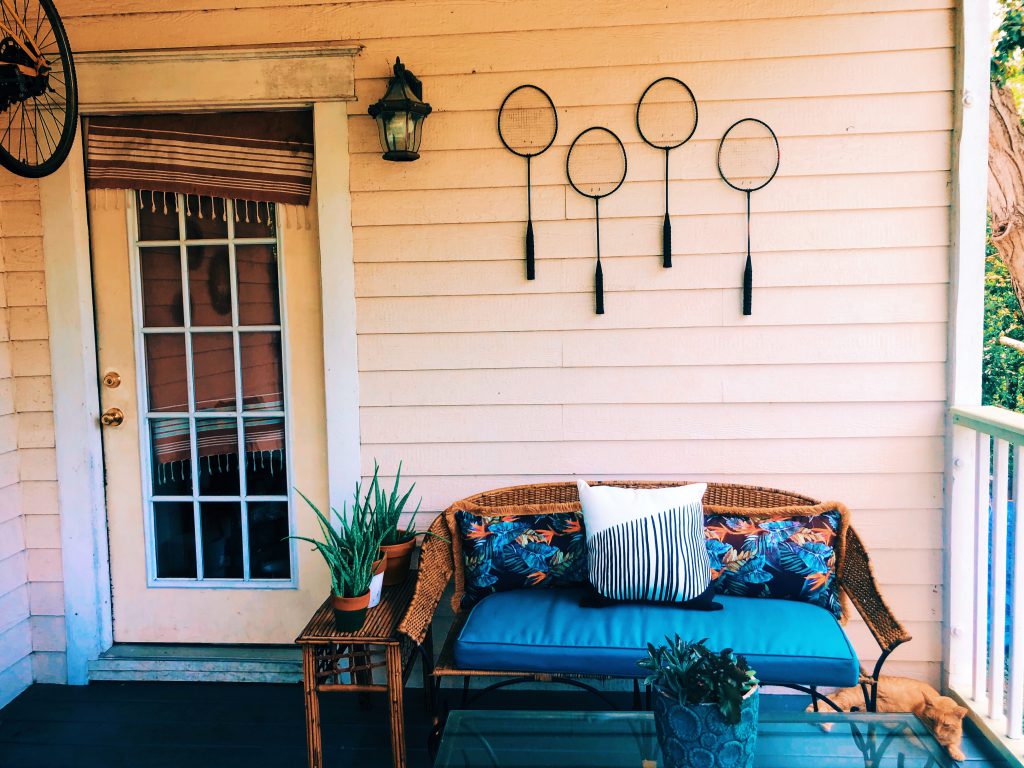 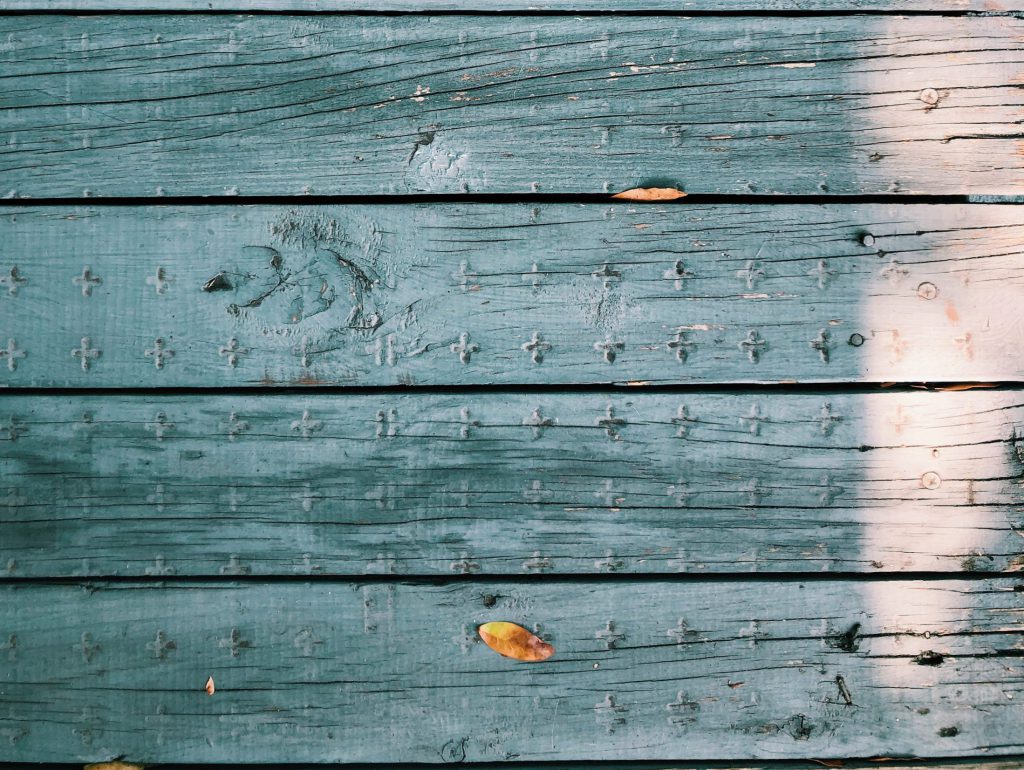 The trees were far from the full extent of their loss. Their storefronts both took a hit. Their merchandise was damaged. They knew they wouldn’t be able to reopen their businesses’ doors for months, and even when they did, the following tourist season would likely be slower than usual. Between the cost of repairs and the loss of revenue, it felt like everything was crashing down around them. With their stores drenched and flooded, they were throwing all their energy into keeping the business afloat. Caroline recalls a moment when they turned to one another and said, “How much more can we take?”

There wasn’t a whole lot of good news in those days, but when Tony checked the mail and found Historic Wilmington Foundation’s letter, approving them for a Florence Fix-It grant, they were overjoyed. Caroline remembers telling him, “This is the best news I’ve heard in months.” 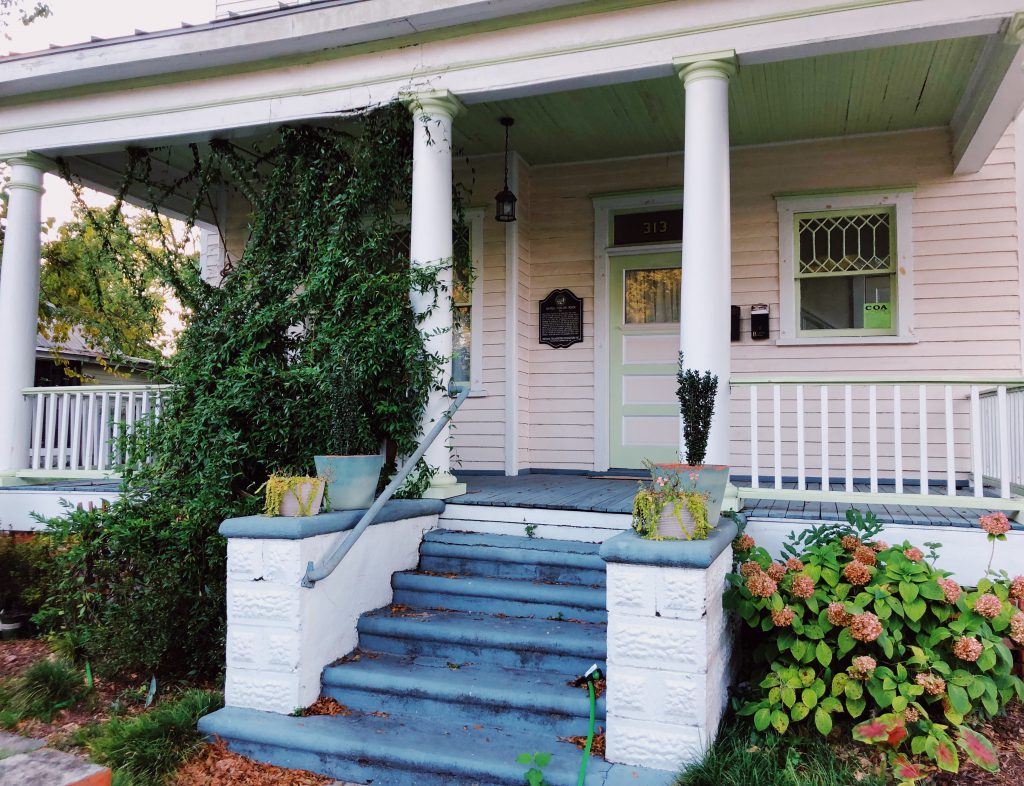 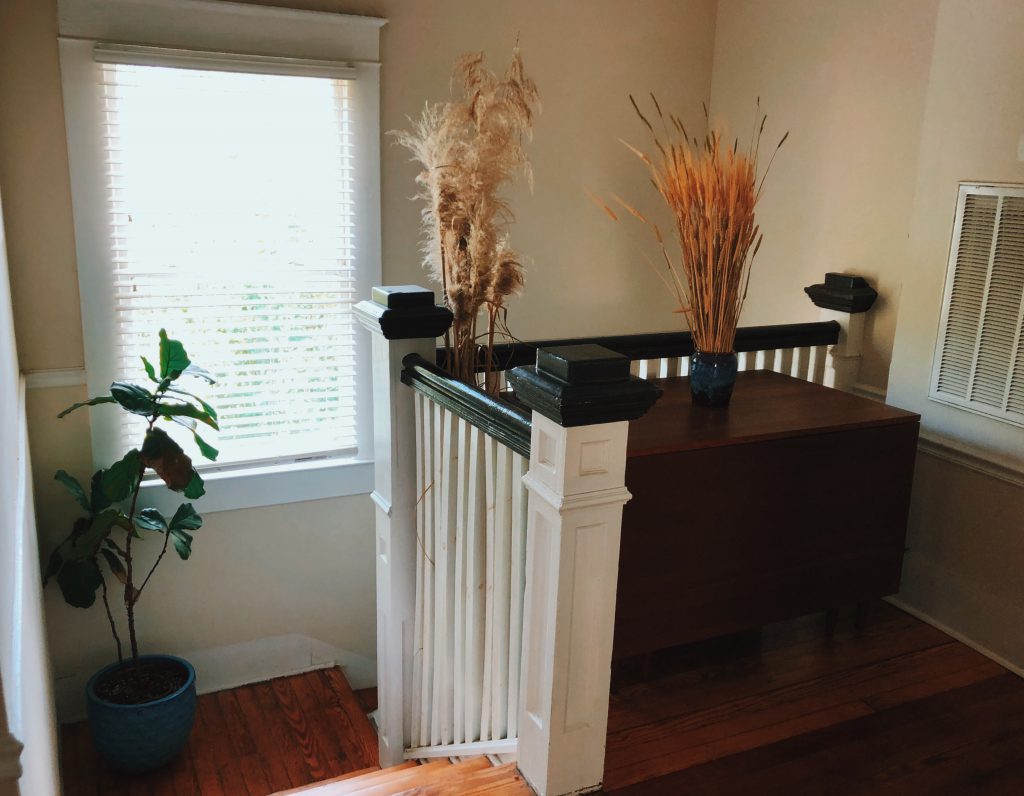 The grant made it possible to address their metal roof, which was original to the house. It’d been repaired and patched for the last 120 years, but Florence took the final toll. It wasn’t a fast or easy process, but after being tarped for ten months, it finally was replaced with a standing seam metal roof (as close as they could get to the original) in July.

Things are starting to get back to normal for Caroline and Tony. Well, their version of normal: globe trotting but always returning back to their home base, their safe space, the Snipes-Taylor House. “We’re so grateful for HWF’s support,” Caroline says. It came exactly when they needed it.

Neoclassical Revival style house built for Elmer Burriss Snipes (1884-1949), native of South Carolina, Independent Ice Company salesman; and wife, Catherine “Kate” Estelle Bell (1884-1941). Purchased in 1933 by Robert Robinson Taylor (1868-1942); and wife, Nellie Chestnutt (1878-1963). He was the first African American professionally trained architect in the United States. A graduate of Massachusetts Institute of Technology, he forged a long career as primary architect at Booker T. Washington’s Tuskegee Institute. This was their retirement home. Remained in family until 1971. Purchased by the United Order of Tents Royal degree Chamber No. 9, who used house as their headquarters for 42 years.